If there’s one thing I’ve really appreciated over the past two years, it’s when a reader takes the time to not only read, but also write a review about my book. So I’ve decided to periodically write reviews of some of my favorite books and share them with you.  I hope you enjoy them as much as I have! 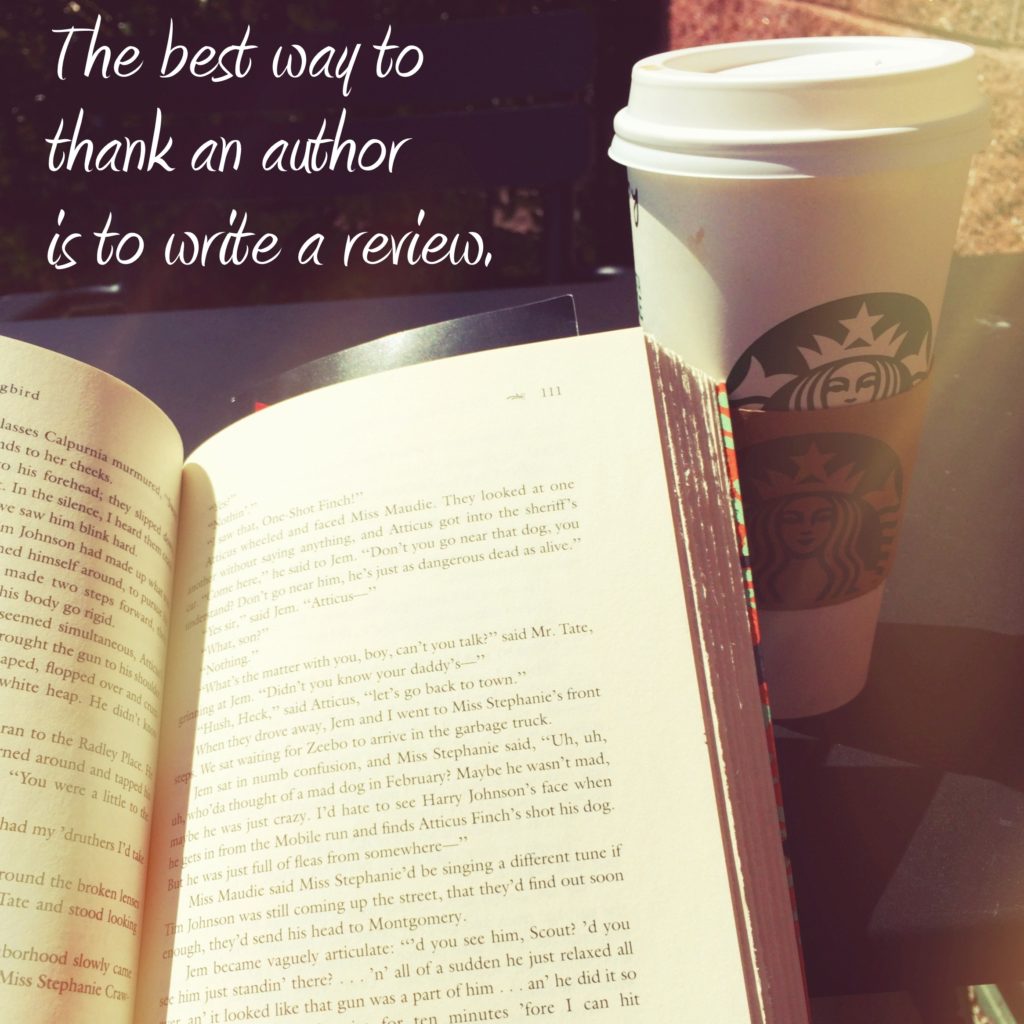 I was cleaning off my bookshelf a couple weeks ago, and I stumbled upon one of my favorite books, Lake News by Barbara Delinsky.  I’ve actually read it a couple of times since I bought it the summer of 2008 to read on a long, 10 hour flight to Hawaii.  I had previously read Looking for Peyton Place by Delinsky and loved it so I was looking forward to reading Lake News as well.  I wasn’t disappointed, and I liked the book so much that I’ve read it a couple of times since then. 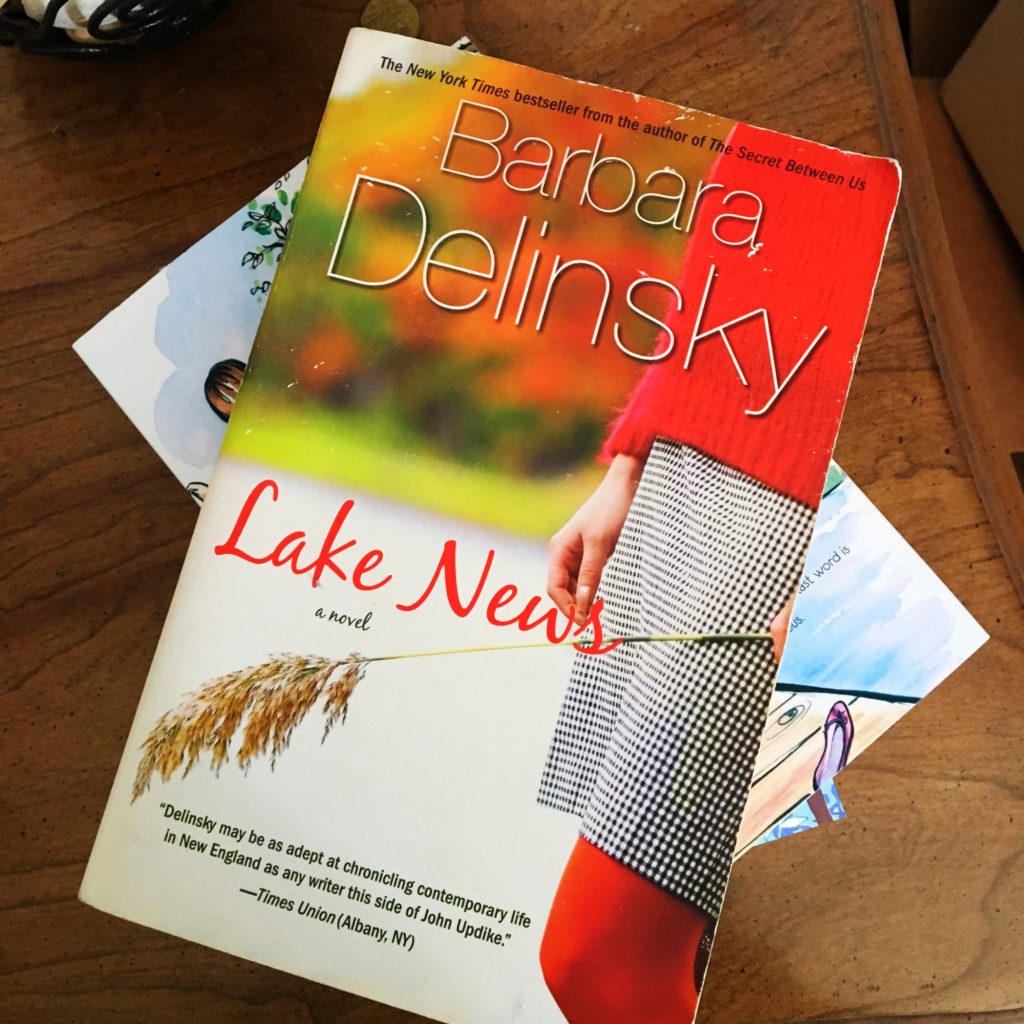 Lily Blake and John Kipling are both from Lake Henry, New Hampshire, and both left after high school to create lives for themselves away from their small, New England hometown.  However, through the twists and turns of their lives, they both find themselves back in Lake Henry.  Lily, a music teacher and piano lounge singer in Boston, flees to her small hometown after being accused of having an affair with a newly appointed Cardinal, and John, a former reporter with a mysterious past and trust issues of his own, is the editor of the Lake Henry weekly newspaper.

Although he’s a former member of the Boston media, John is outraged at the lies and invasion of Lily’s privacy.  Together, they build an alliance and work through their trust issues as Lily prepares to take on the Boston media to clear her name.

While the overall storyline may seem generic, Delinsky’s attention to detail, character development, and intertwining subplots sets this novel apart from the norm.  As the reader, you travel to New Hampshire; you feel the damp air getting colder with the onset of fall; and you can almost see and hear the loons (birds with a very unique call) that make Lake Henry their home from the spring through November.  But more importantly like in all of her novels, Delinsky has the innate ability to use these details to enhance her story rather than confuse or bore her audience.

Delinsky’s book always have a permanent place on my bookshelf.  Her characters are old friends that I like to revisit on those cold, winter nights by the fire and also on those sunny, hot summer days on the beach.  So if you’re looking for a great book to read while you cuddle up by the fire this winter, read Lake News and visit Lake Henry, New Hampshire.

Do you ever have a day that you could title in a similar fashion to all of the Friends episodes? Earlier this week, I was talking with some friends at work about funny (well, actually stupid) things we’ve done. I recalled the first time I traveled for work and had to rent a car.

I landed in Providence, RI, and rented a car to drive to Cape Cod. It was late fall and I had an evening flight so it was dark outside from the moment I got in the car. I pulled out of the rental car parking lot, found I-195 East, and I was on my way to the Cape. An hour and a half later, I pulled into the hotel parking lot ready to park and check-in. However, I soon realized I had a problem…a BIG problem. The car wouldn’t go into park. Seriously, it wouldn’t go into park. So there I was, 22 years old on my first business trip hundreds of miles from home in parking spot in a rental car with my foot still on the break and not able to put it into park. After about 10 minutes of wrestling with the gear shift, I took both hands and threw my entire body weight into it and shoved the car into park.

You would think that would have been enough for one night for little ol’ me. Nope! I was hungry so I ventured out and to find dinner. I drove down the road to the Friendly’s I passed on my way in, threw the car into park again, ordered take-out, got back in the car, drove back to the hotel, and threw the car into park for yet a third time that night.

I actually met another colleague at the hotel the next morning and he drove to the test site for the following two days. I couldn’t have been happier. I didn’t want to have to deal with the gear shift anymore than I had to. At the end of the second day, we finished early so I decided to be brave and take my rental car out for a little sight seeing. When I got into the car, it was the first time I had been in it during daylight hours. I looked down at the gear shift, and in fine print that can only be read during daylight hours, it read “press down to shift gears.” I stared at it for a moment and had one of those “how about that” moments. Then I tried it out, and what do you know, it worked like a charm!

As it has turned out, I have many interesting stories like this from traveling, but I think this is the funniest!

Oh and one other thing….Taylor may refer to a similar experience in book 2!

I can’t tell you how good it feels to say (err…type) that!  The past 5 and ½ months have truly been the best of my life.  With Baby D, every day is a new adventure, but when exciting things happen everyday, it can be exhausting.  Very exhausting.  So while I’ve been having so much fun, I’ve been so tired too, and writing has been the furthest thing from my mind no matter how many times I tried to will myself to do it along the way. 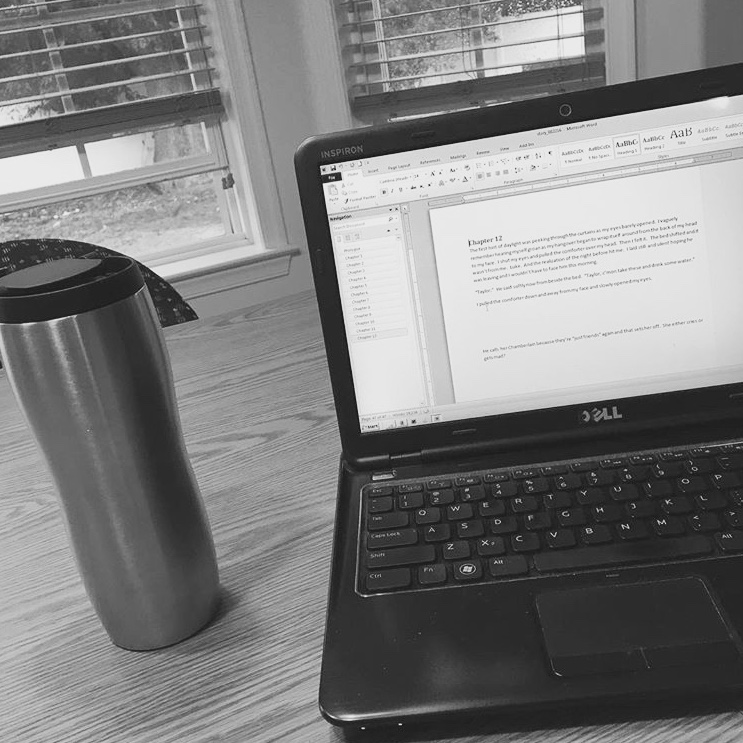 But this weekend I felt a spark; one that I hadn’t felt in a long time.  The Other Side of Later was on a free promo with Amazon so I was on Twitter, Facebook, and Instagram like crazy trying to promote it.  I started reading other writer’s tweets and posts, and I saw how excited they were to write.  I missed that feeling.  Then yesterday, I took advantage of the mild weather and went for a run, and something clicked.  The ideas started flowing, and I couldn’t contain the writing bug inside of me.

I hope it lasts because I can’t wait to share some sneak peeks of my next novel with you!