I can’t believe the calendar turned to August this past Tuesday. This summer has just flown by. It really seems like a blur so far!

Today, I was so thankful for a few moments of peace and quiet on the beach. It was so nice to sit back and listen to the waves crash before a crazy work week starts tomorrow.

Looking ahead to the end of the week, I’m excited to have a book review of a new release for you to read! It’s Aimee Brown’s debut novel, Little Gray Dress! It’s chick lit at its finest and the perfect book for the end of summer!

How has your summer been so far? Busy or relaxing?

“Those guys have earned the right to walk into that stadium and wave their nation’s flag. That’s the single greatest honor an athlete can ever have. That’s what the Olympics are all about.” –Cool Runnings 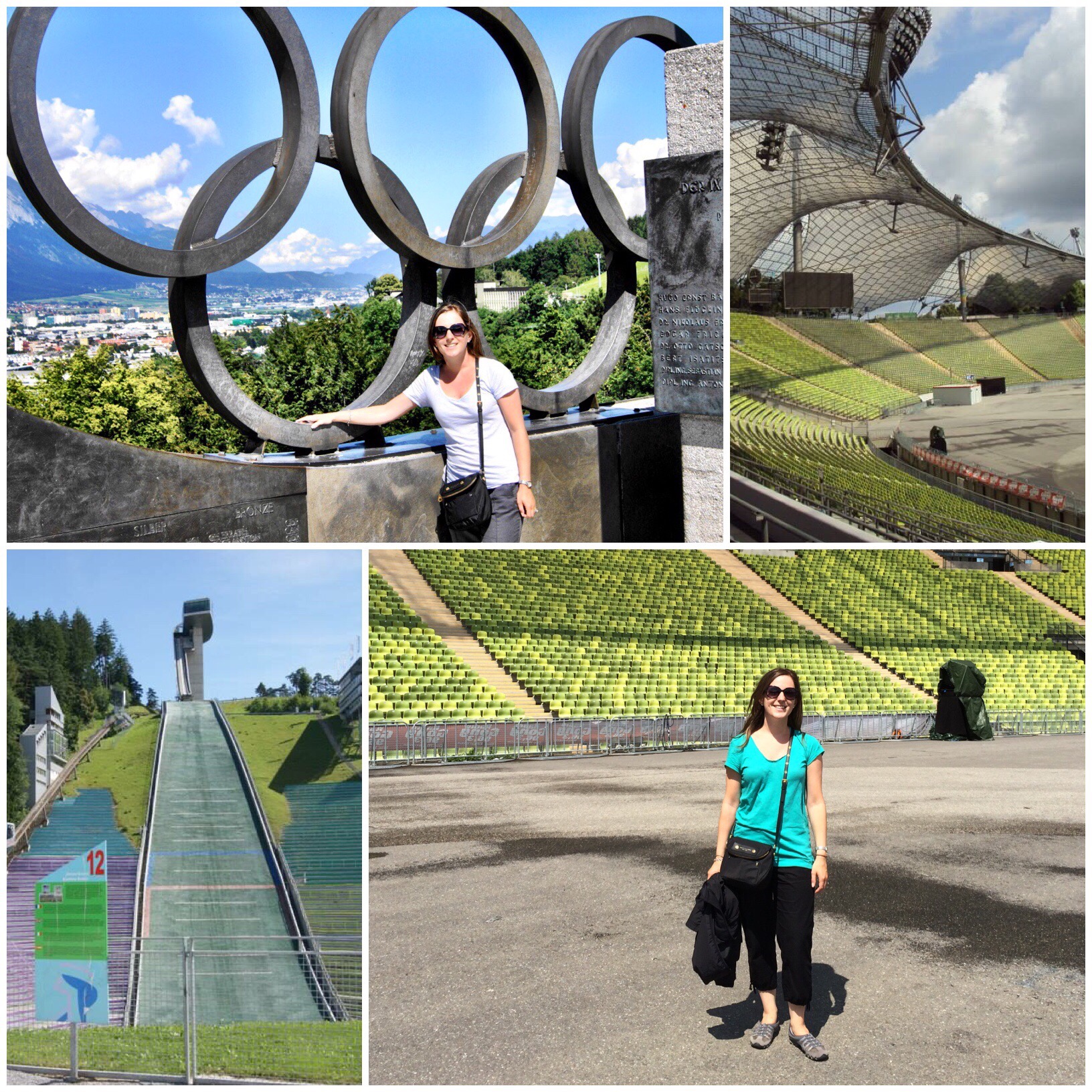 I was never even close to being an Olympic caliber athlete, but this quote from Cool Runnings, one of my favorite movies as a kid, still gives me goosebumps when I hear it. Two summers ago, my husband, parents, and I took a trip to Germany and Austria. Along the way, we toured Olympiastadion in Munich and visited Bergisel Sprungschanze in Innsbruck. I walked on the track of the stadium built more than four decades ago in Munich, and I jogged up the steps of the ski jump stadium in Innsbruck to touch the Olympic rings built 50 years prior. In both moments, I couldn’t help but think of all the other athletes – high school standouts, weekend warriors, and elite professionals alike – that had done so in a similar manner. What an honor it must be for every Olympian to represent their country as they walk into that stadium tonight!

Who else plans to watch the Opening Ceremonies from Rio?