Despite a lot of positive reviews, I was slightly hesitant to read Emily Giffin’s first novel, Something Borrowed. The whole premise of the book, the main character sleeps with her best friend’s fiancé, isn’t exactly the storyline I usually go for. However, back in the spring of 2011, the movie version was set to be released and I had heard a lot of positive feedback from friends so I decided to take the plunge and read it. I’m so glad I did. Unlike other novels with an affair at its core, Ms. Giffin did a stellar job of turning the tables and made the reader sympathetic to the cheater or at the very least open to her situation. 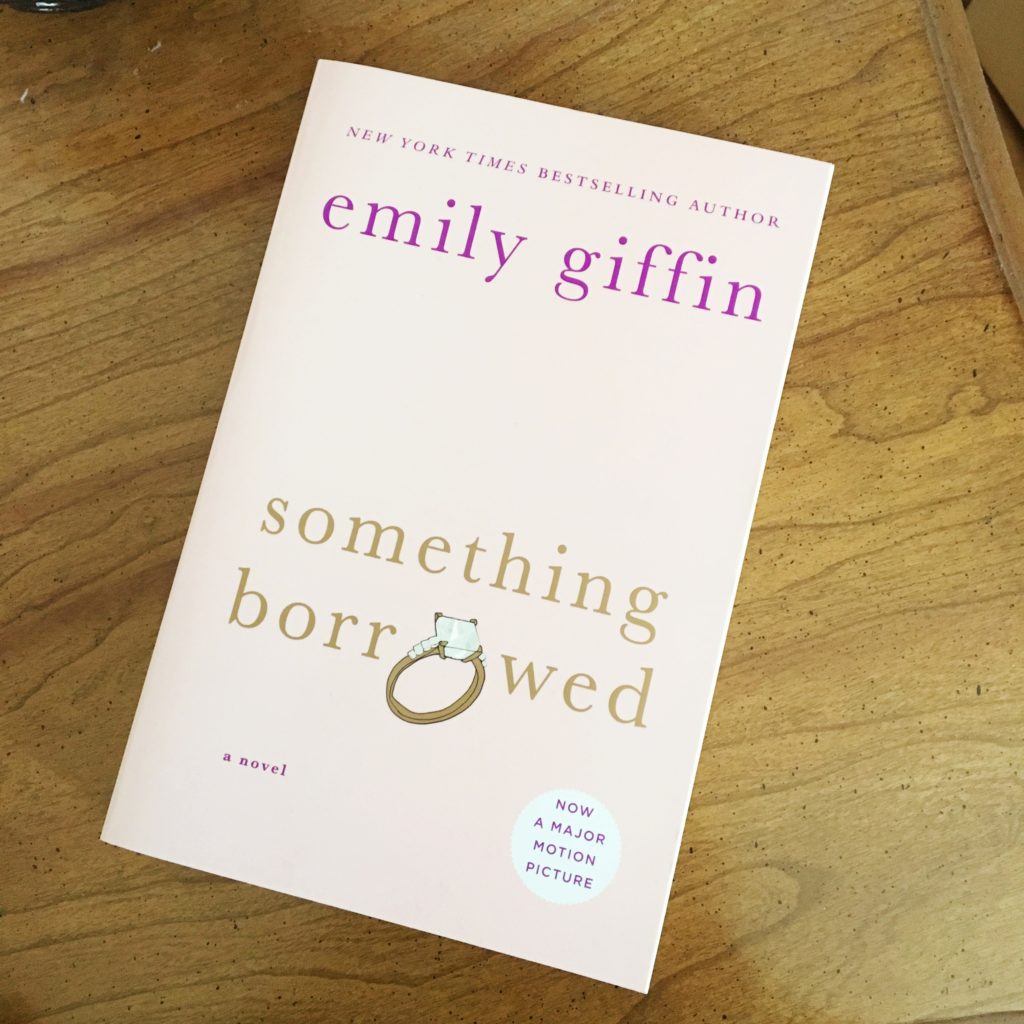 Meet Rachel and Darcy. They’ve been best friends for years. Rachel is the perpetual good girl, who’s worked hard for everything she has in life, and Darcy, well, she’s that girl you know and sometimes scratch your head in wonder about how everything in her life has always fallen into place. However, on the eve of her 30th birthday, Rachel finds herself in bed with Darcy’s fiancé. While Rachel resigns herself to thinking it was a one-time, drunken mistake, the fling soon becomes a full blown affair. To make matters worse (as if it could), Rachel is not only Darcy’s best friend she is her maid of honor.

As the story follows Rachel, Darcy, and Dex, that’s Darcy’s fiancé, and their friends through the summer, the lines of right and wrong get blurred. As easy as it is to say cheating is wrong, Ms. Giffin makes a subtle but strong case that there are “no moral absolutes.”

When I first read Something Borrowed, I was 29, which was essentially the same age as Rachel and Darcy so I found myself relating to them and laughing alongside of them throughout the entire book. One of my favorite scenes was the night of Darcy’s bachelorette party. Darcy spent the night at Rachel’s apartment because she wanted to relive the days of childhood sleepovers. If you ever had a best friend that was like a sister to you, you’ll relate and feel the bond between Rachel and Darcy. They truly have a history filled with good memories, and that’s what makes Rachel’s situation all the more difficult and intriguing.

The focal point of the novel is a heavy one, but the story itself is another segment of growing up. We grow up learning right from wrong, but the truth of the matter is life isn’t black and white. Sometimes it takes us until we’re 29 going on 30 to fully learn the lesson and realize that there are always tough decisions to make. And of course when it comes to matters of the heart, sometimes, we learn that a man should never be something borrowed.

Something Borrowed on Amazon