If you follow me on Instagram or Twitter, you probably know that along with writing I love to run.  It’s a break from the hustle and bustle of everyday life.  Most days, I have a goal in mind – a certain distance, a particular pace.  But some days, it’s not about the miles or the time on my watch; it’s about the road in front of me and the peace of mind I get in return. 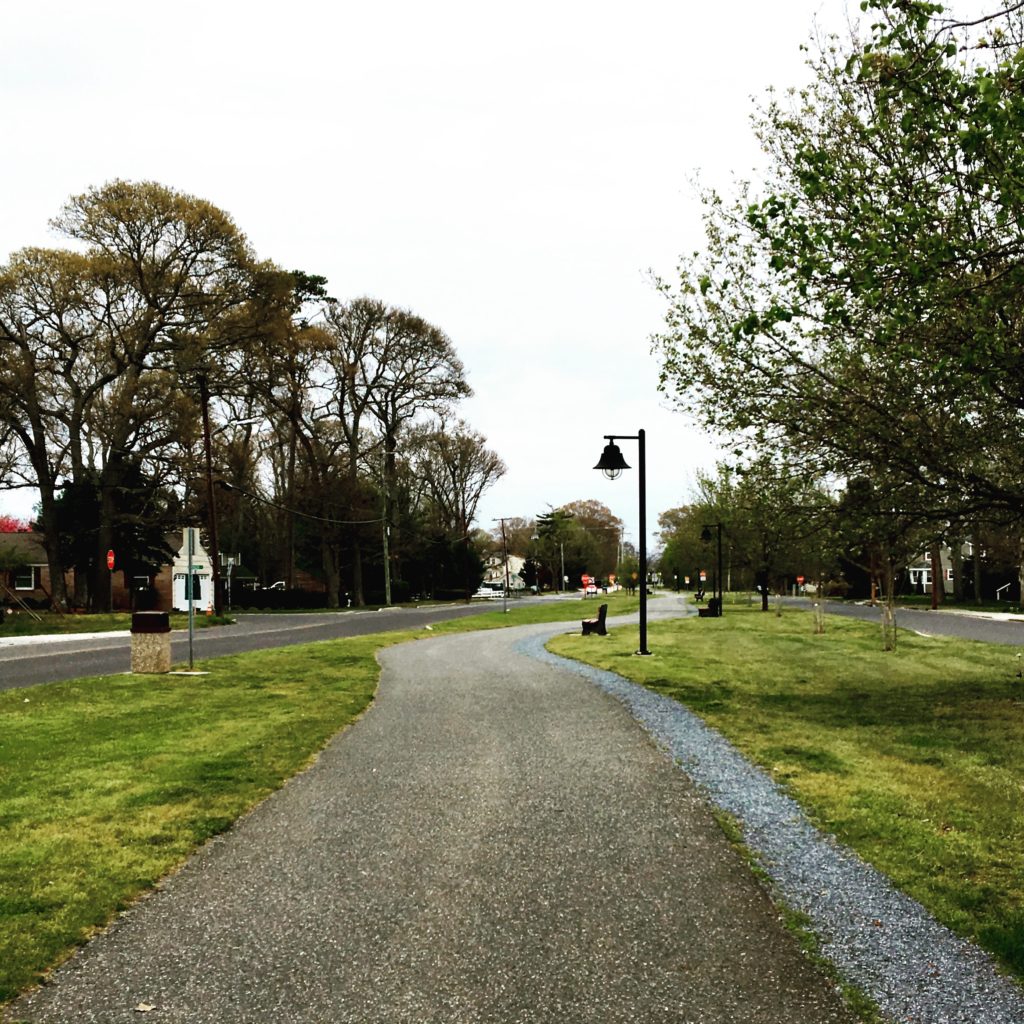 So it goes without saying that one of my favorite passages to write in The Other Side of Later was the running scene in Chapter 3. Julia runs through Sea Grass on a familiar route.  As she tries to ease the tension of her workday, she relishes in the memories she finds along the path. Like Julia, each time I lace up my sneakers and go for a run up and down the same streets I have since high school, I feel comfort. There’s a normalcy that keeps me grounded.

I hope you enjoy this excerpt from Chapter 3 of The Other Side of Later.

My sneakers ran on automatic pilot down a familiar path on Oak Street towards Veterans Park. After college, Aaron and I settled in my small hometown, whose Jersey Shore charm is undeniable while its name — Sea Grass— is unoriginal at best. Years ago, before the town became a suburb of Atlantic City, a majority of the area along the bay was covered with sea grass. As the story goes, fishermen, who used the area for crabbing, would refer to the track of land as Sea Grass. Through the years, as more people settled in the vicinity, the name stuck. While the name may have seemed generic and like any other small shore town, there were memories down every street and around every corner. Oak, the main street through town, appropriately name for the tall oaks that lined both sides, hosted the annual Memorial Day and Fourth of July parades. Each summer the bay front properties line with shops and restaurants were invaded by tourists or shoebies as us permanent Jersey Shore residents called them. This was home to me.

The late August humidity was oppressive. The air felt heavy. It was like a snowsuit clung to my legs with every stride. As I reached the bike path surrounding the park, the sun disappeared behind clouds rolling in from the west. The shade was a welcome change and helped take my mind off of the heat so I could enjoy the peacefulness of the park.

Please check out The Other Side of Later on Amazon!