I make it no secret that I love my hometown area, and the setting for The Other Side of Later reflects that.  The streets, the park, the businesses are based upon places that have a very special place in my heart.  The Shellfish, where Julia and Drew have their first date, is no different.  The Shellfish represents the restaurant I hope everyone has.  It’s the place you and friends head to catch up; it’s the place you and your spouse (or significant other) go for date night; it’s the place with familiar faces – even it’s not familiar names – whenever you walk in.  My Shellfish is The Anchorage Tavern.  It’s familiar and it’s one of the many places that make this area my home.  I hope you enjoy this excerpt from The Other Side of Later about The Shellfish. 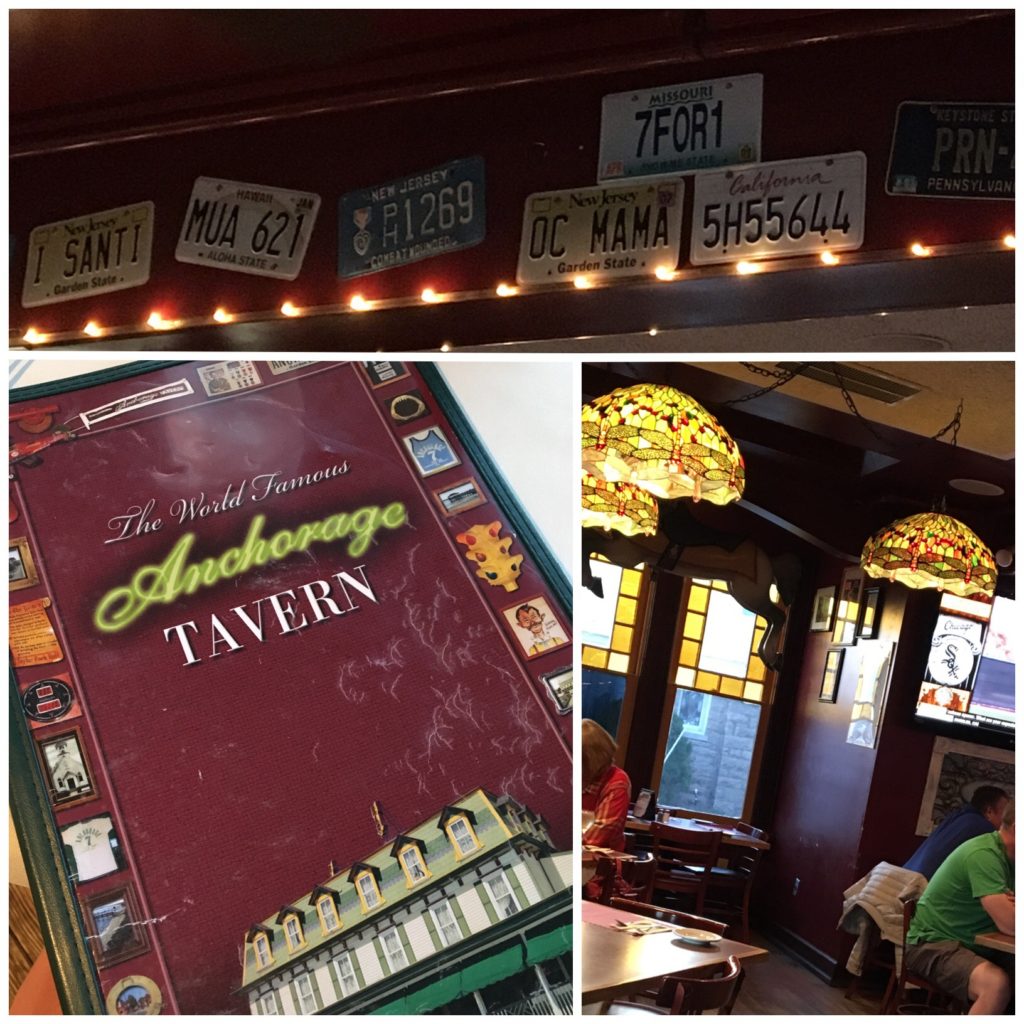 The Shellfish was only a five minute drive from my house. It had been a local landmark and watering hole for generations. The building was built in the mid-1800s, and as the story goes, it transitioned from a hotel to a tavern over time, survived prohibition, and kept going strong ever since. While most restaurants along the bay became inundated with tourists during the summer months, the Shellfish almost always remained a local crowd. Summer nights saw the bar packed with not only the baby-faced 21 year olds, but also the old familiar faces of the baby-boomer era. Everybody drank; everybody danced; everybody was friends. The building itself was a spectacular site. Its four story Victorian structure with a large wrap around porch overlooking the bay was unique among the smaller shops and restaurants. Inside, I would always see the same several faces seated at their designated stools at the bar. I didn’t frequent the Shellfish enough for everyone to know my name, but it was always a familiar scene.

I hope you enjoyed the excerpt.  If you’d like to read more, please check out The Other Side of Later on Amazon.